The SUBATECH laboratory is a joint research unit (UMR 6457) under the triple supervision of the Institut Mines-Télécom through its school, IMT Atlantique, the University of Nantes and the CNRS with the National Institute of Nuclear Physics and Particle Physics (IN2P3) as the main institute and the National Institute of Chemistry as a secondary institute.
Fully integrated in major worldwide scientific collaborations, Subatech's research activities revolve around the fields of nuclear, hadronic, particle and astroparticle physics and radiochemistry. Subatech carries out both fundamental and applied research in the fields of energy, the environment and health. The mastery of technologies associated with these fields is a key factor for the success of the laboratory's projects.
Subatech contributes to the socio-economic development thanks to a finalised research and valorisation strategy, whether it be industrial chairs, technology transfers, the creation of a company by laboratory members or the co-financing of doctoral theses with the industrial world.

The SUBATECH laboratory is located on the Nantes campus of IMT Atlantique (campus access) in the Chantrerie site.
The 4 thematic axes of the laboratory are : The Two Infinites, Nuclear for Health, Nuclear for Energy and the Environment, and Technologies Associated with Subatomic Physics.

Directed and finalised research in the field of health is an integral part of Subatech's research activities. This research is divided into 4 sub-axes. The first concerns the applications of subatomic physics detection techniques to the field of therapy and medical imaging. Our flagship project in this field is the Xemis project, which has made it possible to design and build a prototype imager by positron emission and γ (3-photon imaging) for small animals. The second sub-axis is the study and optimisation of the production of innovative radionuclides for health (RAMI master-project) notably the production of scandium, whose 44Sc radionuclide is a positon-gamma emitter for 3-photon medical imaging, or the production of 211At, potentially suitable for cancer treatment (ANR REPARE project). These master-projects include the production of radionuclides, the measurement of effective cross-sections, and participation in the CERN MEDICIS collaboration. The third sub-axis is the study of the chemical properties of radionuclides for Health and the development of radiopharmaceutical complexes for its biodistribution, in particular 44Sc and 211At (Radionuclides-Health master-project). Finally, we also have a strong contribution in radiobiology applications, via the platform for irradiation of small animals (Hadron-Biology master-project) with FLASH, and the development of techniques unique in France for pulsed radiolysis (Radiolysis-Health master-project). We note, for this axis, a very strong interdisciplinary component, concretised in particular by an involvement in the GIP ARRONAX and the TransForMed cluster of the "health of the future" axis of the PIA2 NExT project. 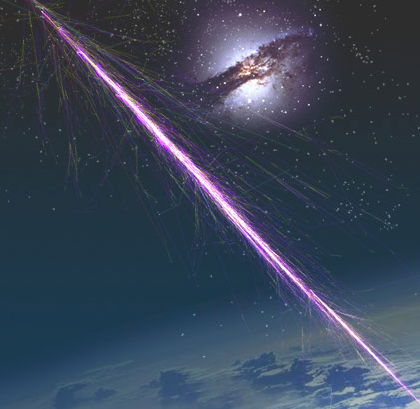 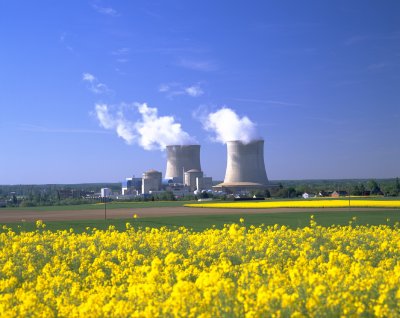 The detection of ionising particles is the technology par excellence of subatomic physics and Subatech, like most of the IN2P3 laboratories, masters the technologies of gas, semiconductor and scintillation detectors. The realization of detection systems for international collaborations has enabled Subatech to acquire know-how in the integration of detection systems within large-scale multi-detector experiments, and all associated services: high and low voltage power supply, cooling, remote control, etc. The management of interfaces in these experimental projects and a quality approach at the level of an industrial production are requirements that are perfectly mastered by Subatech. The ALICE, Double Chooz, SoLiD, KM3NeT, JUNO, e-SHAPE projects make use of this specific Subatech know-how.
Among the new detection techniques, Subatech has a mastery, unique in France and rare in the world, of the technology of detectors based on liquid xenon and the auxiliary elements to these detectors such as the purification system, cooling, and the design and production of the adapted reading electronics. These are the Xenon and XEMIS projects. We participate in R&D for the design of new detection techniques for dark matter and rare decay (Xenon, SPHERE and DAMIC-M projects) and for the detection of neutrinos (future LiquidO project).
The radiochemistry laboratory is a unique facility at regional and national level for the study of materials for nuclear energy, the study of radionuclides in the environment and for health, the effects of radiation (radiolysis) and through its mastery of ultra-trace techniques.
Within the framework of the IRMA master-project, we have developed know-how in ion beam analysis (IBA) and analysis by PIGE and PIXE techniques.
The development of software for theoretical modelling in hadronics physics, reconstruction of raw data, detector simulation and physics analysis, as well as the analysis of large amounts of data and the deployment of distributed computing within the framework of the LCG project (ALICE-Tier2 project) are technologies that are present at Subatech.
These activities attract external actors to valorise our results, thus contributing to the transfer of the knowledge produced in the laboratory in a form that can be used for the production of goods or services.