The ERDRE group started in 2009 a research project to study the β-decay properties of fission products important in the simulation of the spectrum of antineutrinos emitted by reactors (important for Nucifer and Double Chooz experiments) and the calculation of the residual power. Residual power, such as neutrinos, is generated in the reactor core by the beta decay of fission products. It represents ~ 7% of the nominal power of the reactor and its production continues after stopping fission reactions. Therefore its accurate estimation is important for safe fuel management and to increase the safety of the reactors.

This project started in January 2009 with the participation of some members of the ERDRE group and a team of researchers from Valencia (J.L. Tain and A. Algora) to a meeting organized by the IAEA in Vienna on the possibility of improving the calculation of the residual power by re-measuring with TAS (Total Absorption Spectroscopy) method some selected nuclei [1]. This meeting was the starting point of a collaboration between the two groups to identify and measure the fission products that are interesting for both the residual power and antineutrino spectrum reconstruction.

In November 2009, the Subatech team participated to a week of measurement of beta decay of nuclei of interest selected by the Valencia team and from our group. These measurements were performed at the Jyväskylä accelerator (Finland) using the TAS method which is based on the detection of de-excitation gamma cascade produced after the beta decay of the nucleus. This detection was performed through the use of a segmented BaF2 detector (figure 1) covering a solid angle of almost 4π all around the selected isotope, allowing to reconstruct the energy of the daughter nucleus excited levels populated by the beta decay. This technique is complementary to the use of Germanium (Ge) detectors for nulclei spectroscopy. In fact, the Ge detectors have an efficiency which falls exponentially with gamma energy, but a very good energy resolution. The low efficiency can lead to an underestimation of the beta decay branches to excited levels of higher energy in the daughter nucleus (pandemonium effect [2]). This technique has been widely used and so the nuclear data of some nuclei can be biased by this effect. On the contrary, the TAS method provides a good detection efficiency even at high energy, but it has a low energy resolution. This latter technique is not affected by the pandemonium effect and it is the only technique that allows to ditectly measure the beta feeding on excited levels of the daughter nuclei and, then, to reconstruct the distribution of beta strength, therefore it is an ideal tool to make constraints on theoretical models.
Indeed the beta strength is a microscopic observable which can be calculated by necleaur structure theoretical models, our measurements can thus provide new constraints useful for improving the predictivity of models which are essential in other areas of physics like, for example, in the nuclesymthesis calculation for nuclear astrophysics.

The measures previously performed by our colleagues from Valencia with the TAS method have already helped to improve the prediction of the decay heat emitted after the fission of 239Pu [3]. More recently we have included these measures, concerning 7 nuclei, in our calculated spectra of antineutrinos from reactors. It turned out that these 7 nuclei have a great influence on the prediction of the spectra [4].

Currently the Subatech team is working on some articles associated with the analysis of two nuclei of interest for antineutrinos that have been measures in 2009: Rb 92 and 93. A first article showing the impact of the 92Rb results on the calculated antineutrino spactra have been recently published in Physical Review Letters [5].

A new experiment proposed by our team, and aiming at mesuring beta decay properties of fission products interesting for determining the energy spectra of antineutrinos with TAS method, was accepted by the accelerator of Jyväskylä and has been performed in February 2014. 25 nuclei were measured, most of them are important for the antineutrino spectrum calculation but some of them are also of interest to calculate the reactor decay heat and for the study of nuclear structure. An article appeared on the newspaper "JYFL Accellerator News" of February 2014 and describing this experience is shown in figure 2. 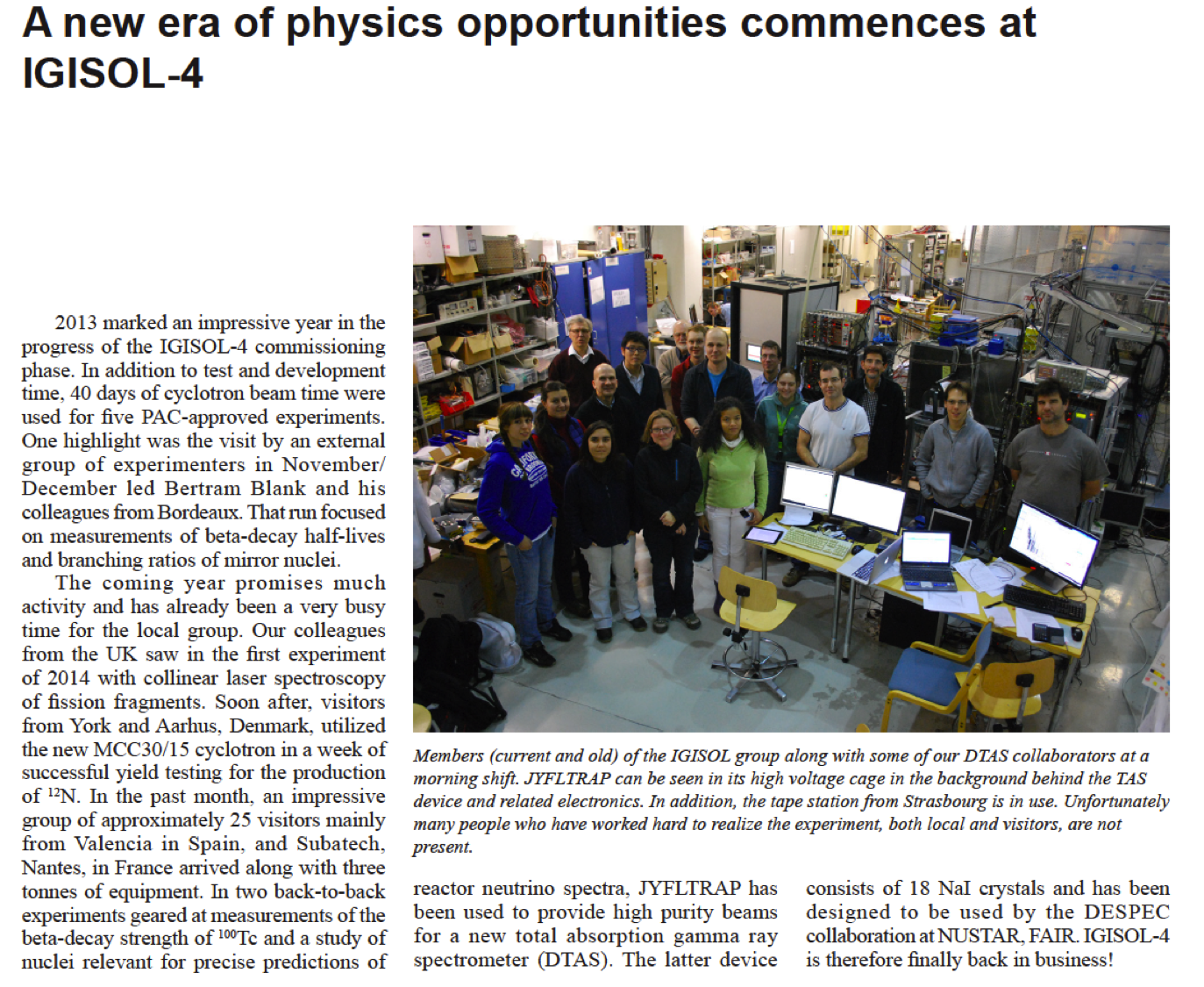 Figure 2: An article on our last TAS experiment appeared on the newspaper "JYFL Accellerator News" of February 2014.

In the context of this project our group submitted a proposal to the ALTO facility in Orsay for measuring nuclei of interest for nuclear structure and astrophysics and a Letter of Intent (LoI) on nuclei important for physics applied to reactors (safety and antineutrino spactrum calculation). Both of them has been eccepted by the Proposal Advisory Comitee (PAC) of ALTO. the first experiment should be realized beginning 2016.

The workshop on "Collective mode studies through beta decay measurement", linked to these activities, has been organized by our group in Nantes in January 2015. The main goal of this workshop was to devlop one of our ideas contaneined in the ALTO proposal.