Heavy ion collisions and equation of state of nuclear matter

In addition to the nuclear structure experimental program, the SEN team is also involved in nuclear dynamics measurements.

Heavy ion collisions at Fermi energies, as performed for example at GANIL, allow to reproduce the temperature and density conditions expected in astrophysical phenomena such as the collapse of type II supernovas that precede the formation of neutron stars. During this phase, the nuclear matter explores a wide range in density, temperature and chemical composition. During this exploration of the phase diagram, the nuclear matter properties evolve (figure 1).

The study of reaction products from heavy ion collisions, using apparatus such as INDRA or FAZIA (figure 2), produces experimental constraints associated with different regions of this diagram. These constraints are then used to test the modelling of the equation of state of nuclear matter (figure 2). 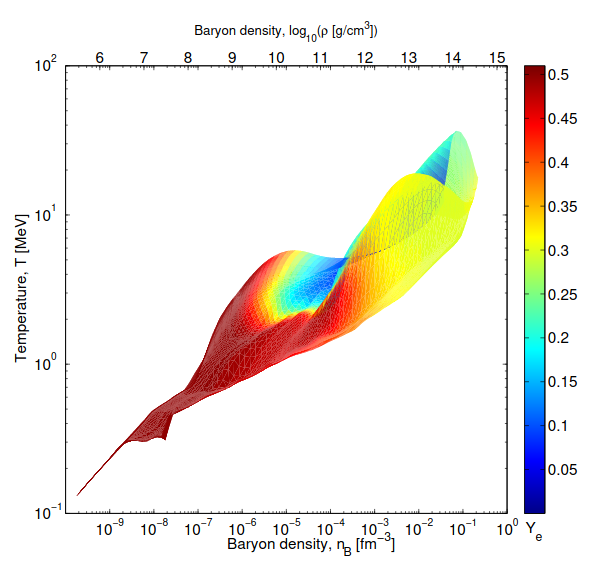